Newly founded Tipperary Boutique Distillery has celebrated the launch of its first expression – a limited edition single Irish whiskey called ‘The Rising’. Only 1916 bottles have been produced retailing at 75 euros per bottle, crafted from 6 casks selected by the company’s Malt Master, Stuart Nickerson.

The company is releasing other special editions, also designed by Craig Mackinlay of Breeze Creative, and has plans to build its own distillery at Ballindoney Farm, Clonmel, Ireland, employing up to 12 people. The farm has been in the Ahearn family for five generations and Liam Ahearn, along with his fiancée Jennifer Nickerson and her father whiskey expert Stuart Nickerson are all behind the venture. 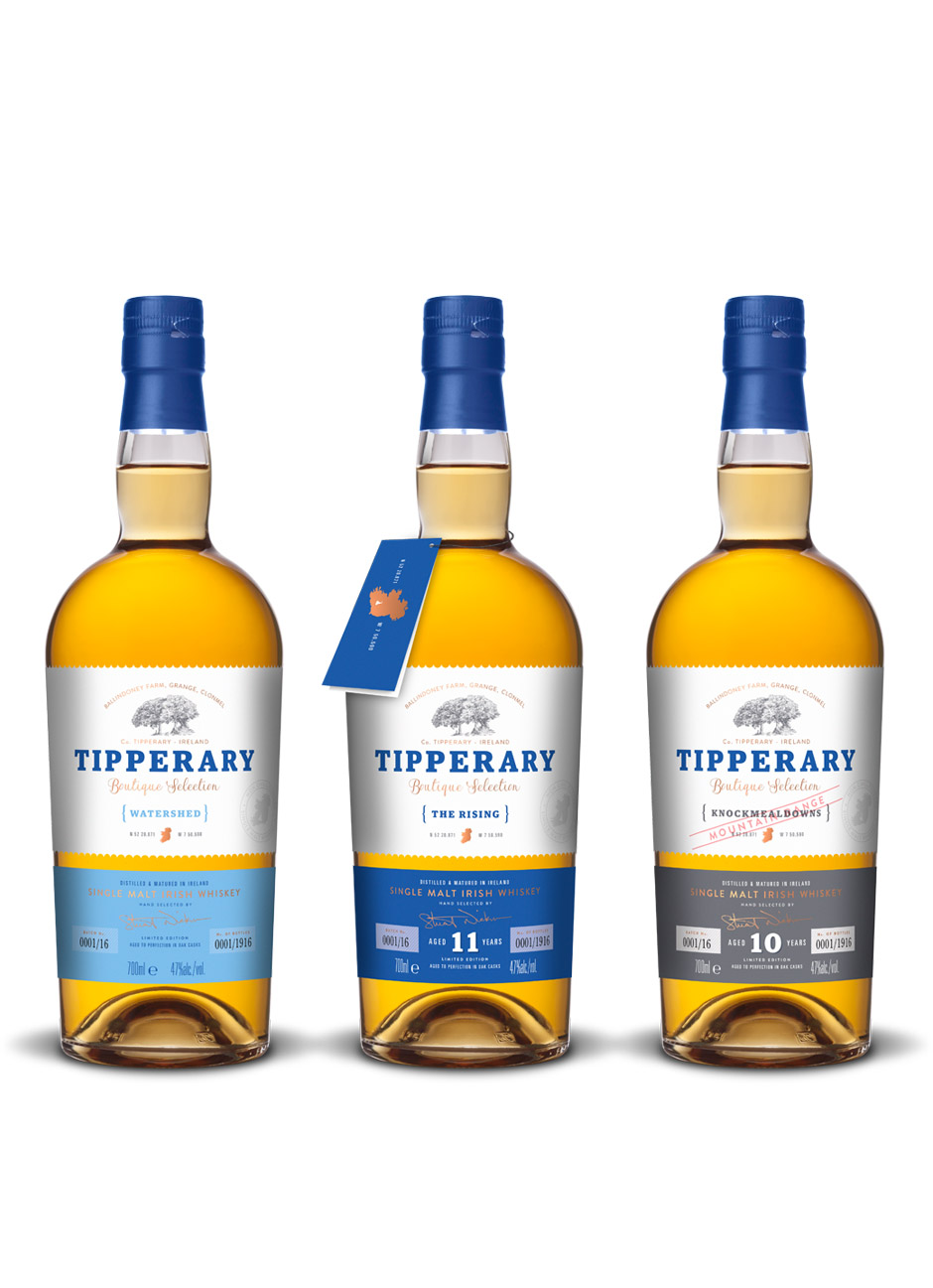