A.D. Rattray Limited has released a new bottling of Blended Malt Scotch Whisky in specific response to demand from the USA. Rattray’s Selection Batch No 1 contains whisky from 4 Single Sherry Butts personally selected by Tim Morrison, Chairman of the company.

Tim, a member of the Morrison family which has been so influential in the Scotch Whisky industry for decades, chose an Auchentoshan 1991, a Balblair 1990, a Benriach 1989 and a Bowmore 1981.
Designed by Craig Mackinlay of Breeze Creative, this boxed limited edition of 1854 bottles is to be sold for 90$ in specialists retailers in the USA but also in Europe and the UK (approx RRP £58). 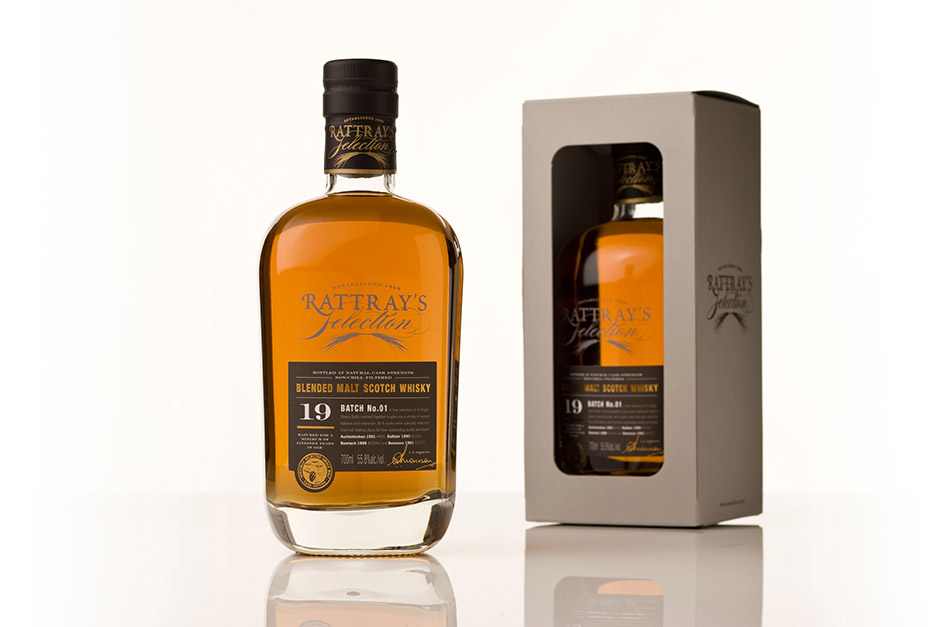 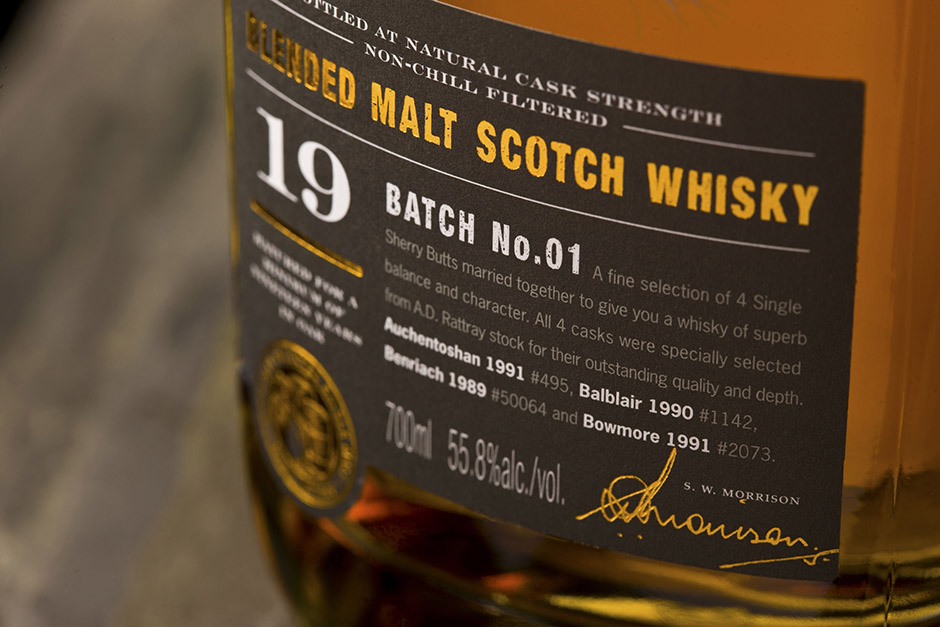